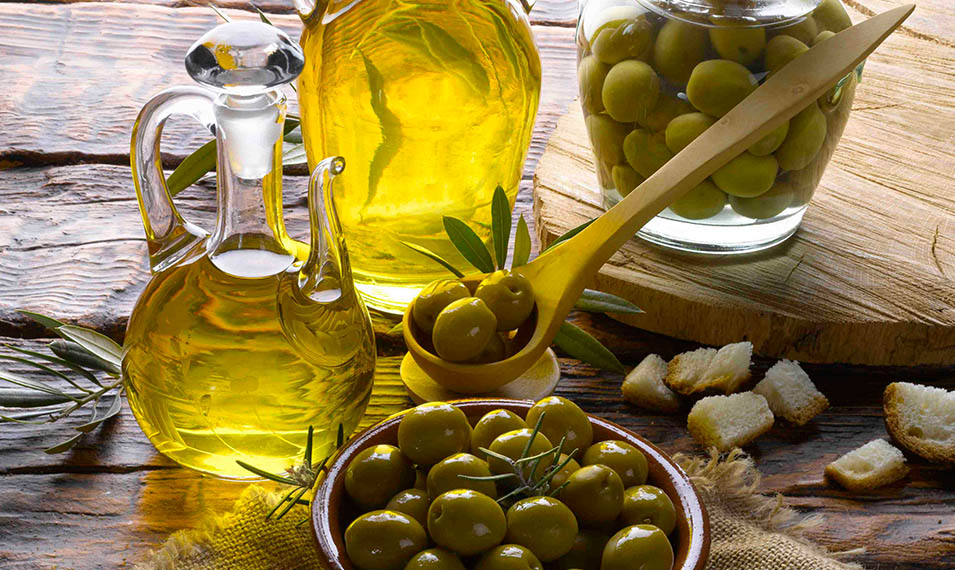 Posted at 18:32h in Articles by socratesoil
0 Likes
Share

Modern scientific studies highlight extra virgin olive oil as one of the most valuable goods for the protection of human health. The quality of olive oil depends on many factors and is characterized by its content in certain preservatives.

A group of Greek scientists, known for some time in Messinia, headed by Prokopios Magiatis, assistant professor of Pharmacognosy and Chemistry of Natural Products at the University of Athens, has developed a new method for measuring the levels of bioactive compounds elaiokanthali and oleasin in olive oil, offering a new tool to distinguish how “healthy” any oil is.

Elaiokanthali has an anti-inflammatory effect similar to ibuprofen, while oleasin is the most potent antioxidant component of olive oil. However, so far their quantitative measurement in olive oil has had a variety of technical difficulties, according to Mr. Magiatis. Along with his team they developed a new method of distinguishing olives using 1 H-NMR nuclear magnetic resonance spectroscopy, which directly calculates the elaiokanthali and oleasin levels.

The enormous qualitative differences between olive oils make it necessary to develop and apply more and more ways of determination and assessment of the ingredients of olive oil with beneficial effects on human health. All olive oils that meet the requirements to qualify as extra virgin do not show the same bioactive substance percentages.

Precisely for this reason comes this new method is coming to determine the levels of these substances in olive oil and to highlight the quality of Greek oils. As Mr Magiatis points out: “The new method makes it possible to identify the differences between extra virgin olive oils so that they can be classified according to their potential health benefits.”

In ancient Greece without the know-how of today, but with weapons of observability and obvious intelligence, the great Greek doctors of antiquity, like Dioskouridis, left behind a huge work. Studying, therefore, the ancient texts, the researchers found references and testimonies that the best olive oil for human health is olive oil from unripe olives, commonly unripe olive oil, and that some oils from certain varieties are more “healthy” than others.

Based on these reports, as well as on contemporary scientific data, researchers have tried to develop this simple observation in an innovative way method of determining oils based on their health protection ingredients. The majority of the oils all have the same profile concerning the components present in very high concentrations. What makes the difference, however, are the molecules that, while in small concentrations, due to their high activity, they give some olive oil their great biological actions.

With this new method developed it is now possible to determine these substances in olive oil after a brief treatment using NMR spectroscopy. “We can now analyze hundreds of samples in a very short space of time, but of course we need a very expensive implement, and we are glad that we have such a tool in our workshop in Athens ” notes Mr Magiatis.

The Koroneiki  variety is distinguished for  its rich ingredients

Elaiokanthali and oleasin exist in different concentrations and in different proportions in all olive oils. It is proposed, the classification of extra virgin olive oils according to two new indices, wherein as an indicator D1 defined as the sum of the quantities of both substances and an indicator D2, the ratio between them. “D is in honor of Davis, because this study was done in collaboration with the UC Davis Olive Center in California, where Dr. Eleni Melliou, a member of the team, worked last year, “says Mr. Magiatis.

The method has been applied to date in over 250 only variegated spamples from all over Greece and California, and have been recorded significant differences in D1 which ranges from 0 to 501 mg / kg.

Just because of the extent and volume of samples that have been studied over the last two years, researchers are now able to say that the richest variety in these two substances, among Greek, is Koroneiki  variety.

This is probably due to genetic reasons as all olive oils that are derived from Koroneiki  variety have a particularly distinct profile, which is observed irrespective of the area where the fruits are harvested. It is, however, remarkable that most samples with the highest concentrations came from the region of Messinia. It has also been observed that there are some varieties of olives that do not contain large quantities of elaiokanthali and oleasin, which naturally does not mean that they lack qualitative organoleptic characteristics.

However, it is not only the variety that plays a role in whether an olive oil is rich in the substances studied.

With antioxidant action and anti-cancer properties

Oleasin is a derivative of oleuropein and is the most important antioxidant in olive oil.

Elaiokanthali has significant anti-inflammatory properties acting as a COX-1 and COX-2 inhibitor.

It also appears to have protective action against Alzheimer’s disease as well as anticancer properties. Finally, it helps to control the aging of the skin.

These two substances are derivatives – conjugated forms of hydroxytyrosol and tyrosol, respectively, which is of great scientific interest.

Extra virgin olive oil has been characterized by many, at times as “medicine”. Arbitrary designation may be, if you think the strict sense of the word “medicine”.

Undoubtedly, however, its daily consumption contributes to the protection and improvement of human health.

Also, it is very important for the consumers to learn to evaluate the quality of an olive oil through taste first of all.

An oil rich in elaiokanthali and oleasin is obvious that will have a spicy and bitter taste, but this should not to act as a deterrent to the consumer, if he considers the benefits he will derive from consuming it.

Therefore, oil producers should export their oil to the best possible conditions in the mill and take care to maintain as many bioactive ingredients as possible.

They keep its substances

The early harvest and its temperature

Very important is the time when the olive fruits are harvested. It has been observed that these two substances are contained in higher proportions in unripe olive oil, which can easily be perceived by each of us. The fresh, “good” oil, which by a percentage, if not all, comes also from green olives, has this characteristic bitter taste due to oleasin, as well as this burning sensation at the back of the throat, due in turn to the elaiokanthali. It is, therefore, very important nowadays to think with perspective and to see before the developments. It is obvious that the more antioxidants are contained in olive oil the more it resists the oxidation, so it can retain its organoleptic components for a longer period of time.

By common assumption, when the fruit of the olive is milled at high temperatures, oil production is bigger and so the producer comes out in terms of quality. But what happens in terms of quality? A study by the University of Athens found that when the olive oil is extracted at high temperature, the percentages of these two components, elaiokanthali and oleasin, are considerably reduced. Therefore, this is reflected in the quality of the produced olive oil, which is degraded enough.

New regulation by the EU

The benefits of olive oil consumption more or less are known to all. Nevertheless, however, there was no way so far for this either to be labeled or be certified. Last year, the European Food Safety Authority (EFSA) has accepted the claim that consumption of polyphenols in olive oil protects LDL cholesterol from oxidation – one of the few nutrition claims allowed among the dozens evaluated. It also states that this is achieved by the daily consumption of “5 mg of hydroxytyrosol and its derivatives (e.g., a complex of oleuropein and tyrosol) derived from 20 grams of olive oil. ” From December 2012, olive oils that meet this requirement will be able to indicate it on their label, taking an advantageous market position.

Thanks to the new method, from the University of Athens, producers are provided with all the necessary supporting documents, so that the producer himself can now label the quality composition of the product.

The research concludes that there are very large differences in highly virgin olive oils with regard to their hygienic ingredients. These differences, however, are not only due to genetic criteria, but also to a very large extent in the way and process of producing olive oil.

It is now given, therefore, the possibility of identifying  the two new olive oil rating indicators and, by extension, the opportunity for producers to show off their product while ensuring the quality and protection of human health.